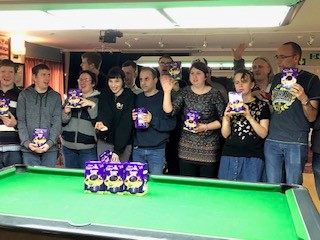 KA and AM were supported by staff to attend the Sunday social club held at Crawley Rugby Club last week. This was a proactive event where KA, AM and staff were made to feel welcomed in the community. The whole event is free of charge, there are snacks on the tables, soft drinks and diet coke, they are aware KA only drinks normal coke, so they give him a coke from behind the bar.

The club wanted to try something different this time, so they asked Natalie to come in and do some cooking, this appeared to take everyone’s interest especially KA as he loves cooking and baking. AM has a passion playing pool (he calls it sticks) which he played for two hours with tenants from different care companies. There were various games to play and the Wii was set up as everyone enjoys the bowling game on that.

At the end of the event, Paddy, who runs the club gave all the tenants an Easter egg each. As you can see from the pictures everyone had a great afternoon interacting with each other. 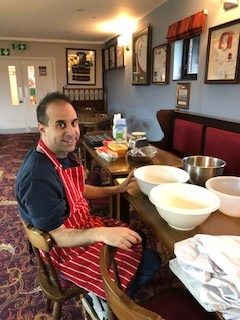 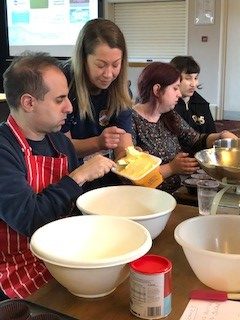 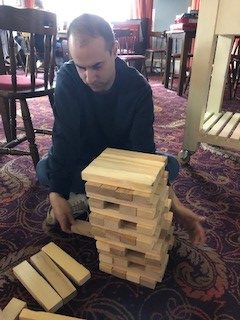 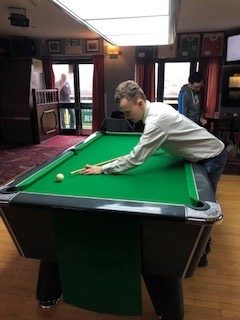 If you have any queries or questions about Cavendish Care please do not hesitate to contact us.